Afraid of Scott Pruitt? – Blame yourself!

Emerge now the unique chance to review the whole climate change matter, since Donald Trump selected the sceptic Scott Pruitt to serve as the 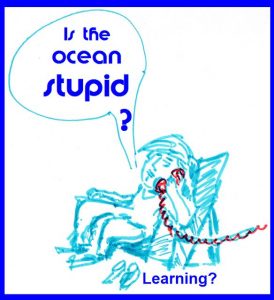 head of the Environmental Protection Agency (EPA).  The pick of the Oklahoma Attorney General has been described as “putting an arsonist in charge of fighting fires”, with some warning “the whole country is in danger”, even an “existential threat to the planet”.

The concern has merits, but is that Pruitt’s fault? Could Pruitt be not right when casting doubt on whether human activity is causing the planet to warm – in opposite to 97% of the scientific community? For sure if he addresses only the arrogance of the 97% who believe in the warming by carbon dioxide, but wrong if Pruitt would generally deny a serious correlation between human activities and global warming since industrialization during the last 170 years; as the oceans matter.

Since the end of the Little Ice Age about 1850, huge shipping fleets plough through the sea, pushing more heat in the sea, as the sea can release again soon. The net result is warming the seas. Due to human activities at sea the oceans warm, and the atmosphere as well. But as 97% of the scientific community is ignorant in this respect, main stream science lack the arguments to challenge President-elect Donald Trump and soon-to-be EPA chief Scott Pruitt on anthropogenic climate change matters. They should blame themselves if the protection of climate is not addressed appropriate.